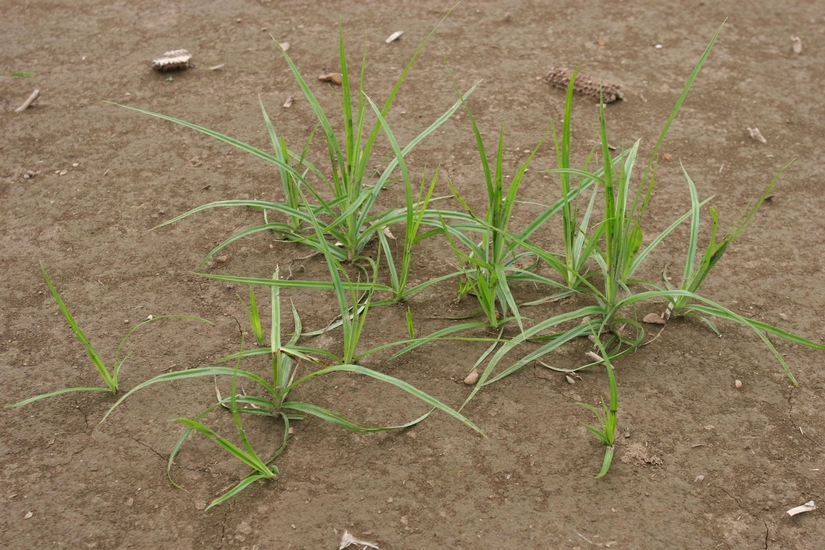 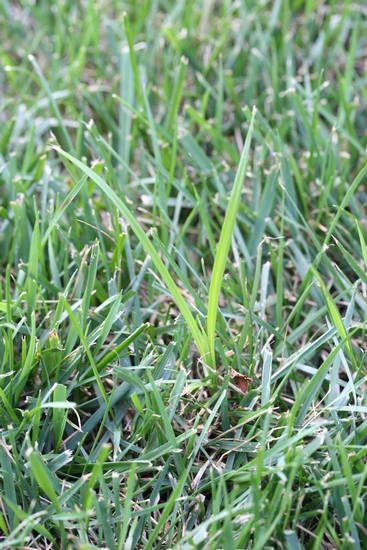 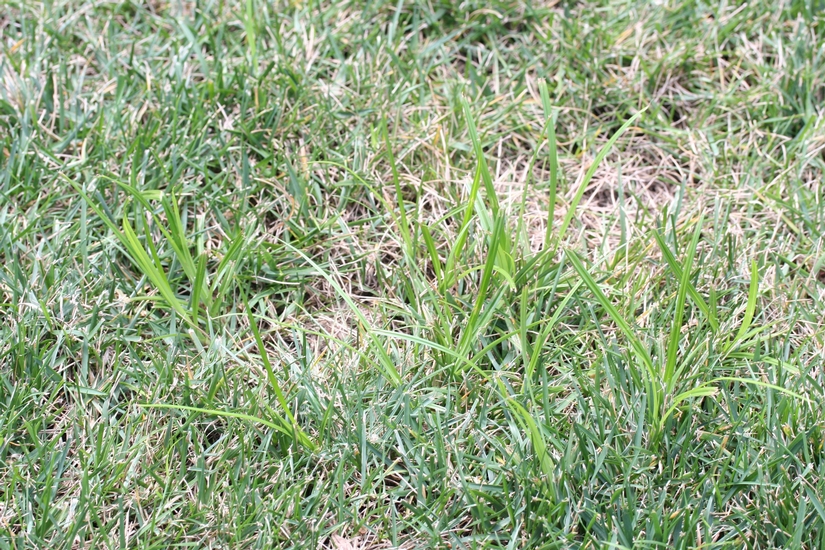 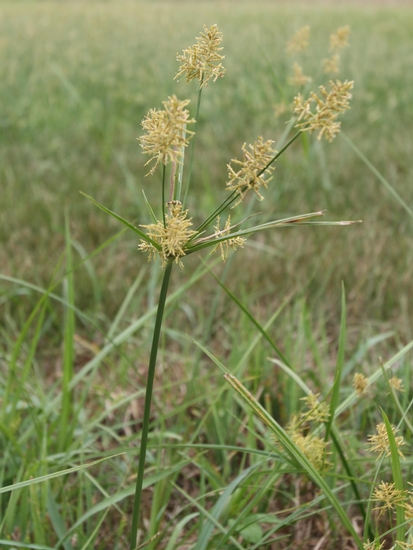 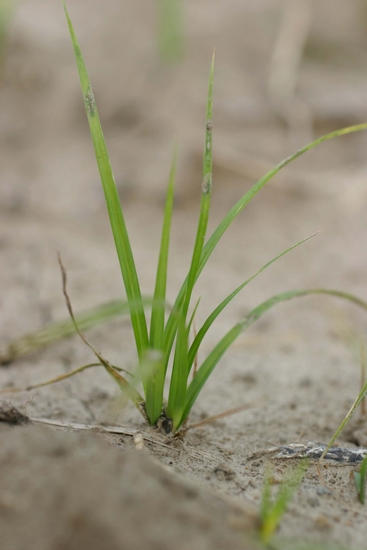 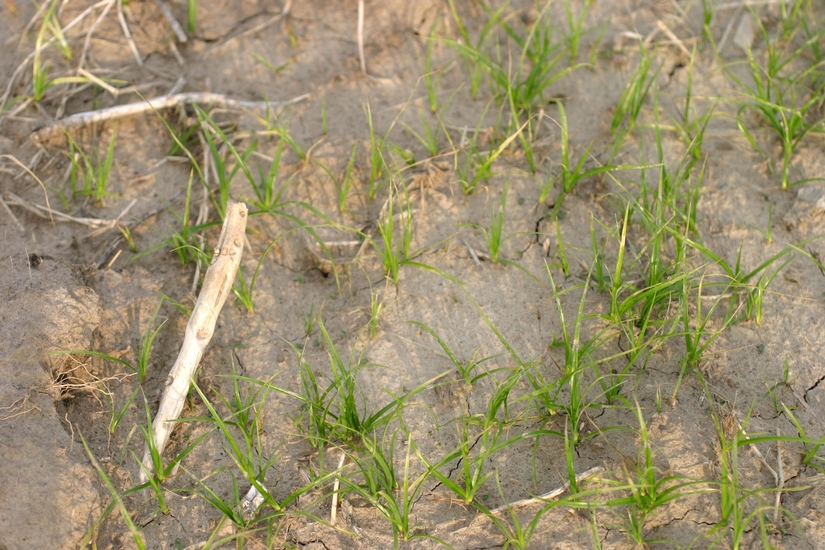 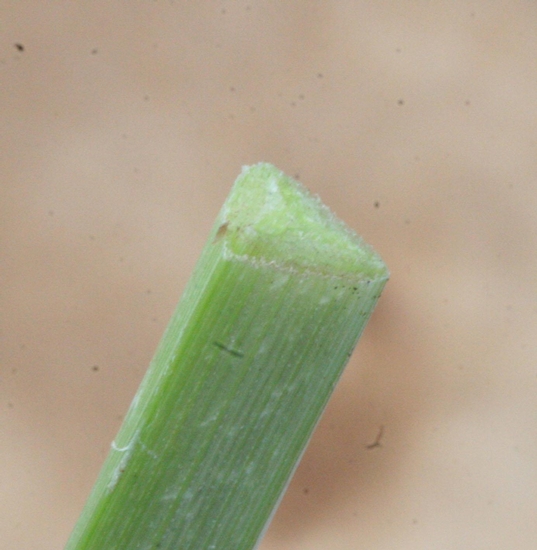 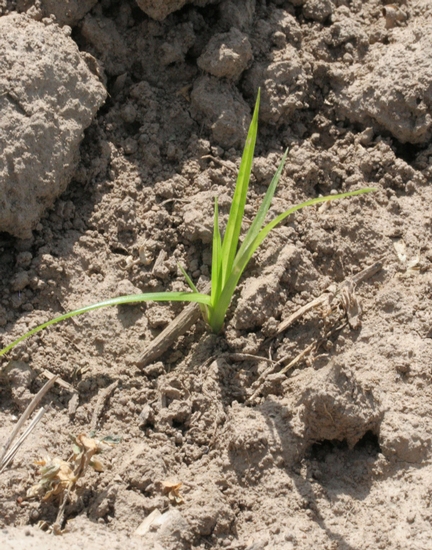 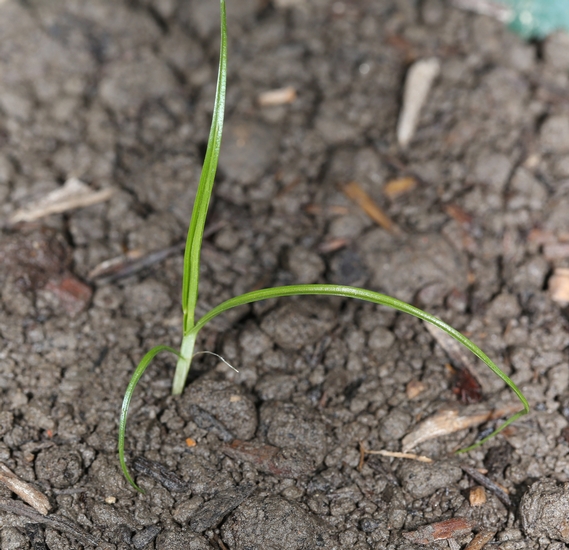 Weed Description
A perennial from rhizomes and tubers that may reach 2 1/2 feet in height. The stems are 3-sided and triangular in cross section and the leaves are yellow to green in color with a distinct ridge. Found throughout North America as a common weed in agronomic and horticultural crops, nurseries, turfgrass, and landscapes.

Seedlings
Seedlings rarely occur. Most plants arise from rhizomes and/or tubers. Leaves do not have ligules or auricles and have a distinct ridge along the midvein, but are nevertheless often mistaken for grasses.

Flowers
Spikelets occur at the ends of the solitary stems in a cluster where the flower stalks arise from a common point (umbel-like).  Individual spikelets are yellow to brown in color.

Roots
Rhizomes and tubers occur on the same plants.  Tubers are round, ridged, initially white in color, eventually turning brown or black, and are sweet to the taste.  Yellow nutsedge produces solitary tubers that arise either from the basal bulb or from a rhizome.  Several tubers do not arise along the entire rhizome, as in purple nutsedge.

Identifying Characteristics
Purple Nutsedge (Cyperus rotundus) is very similar in appearance and growth habit to yellow nutsedge, and the two are often confused.  However, the leaves of purple nutsedge taper to a point abruptly whereas those of yellow nutsedge gradually taper to a point.  Additionally, the seedhead of purple nutsedge is purple in color, while that of yellow nusedge is yellow.  Lastly, the tubers of purple nutsedge are often connected in chains and bitter to the taste, while those of yellow nutsedge are solitary and sweet to the taste. Rice flatsedge (Cyperus iria) and Green Kyllinga (Kyllinga brevifolia) are also similar when young, however rice flatsedge has a fibrous root system and green kyllinga has rhizomes that are usually red to purple in color.