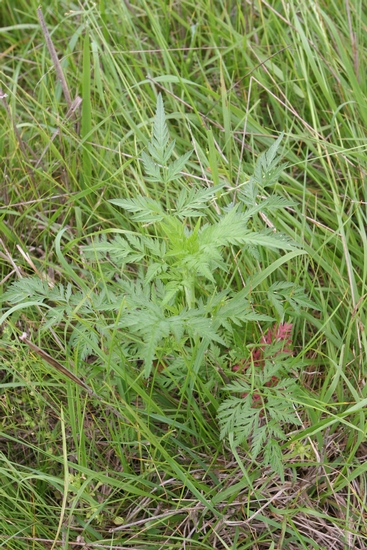 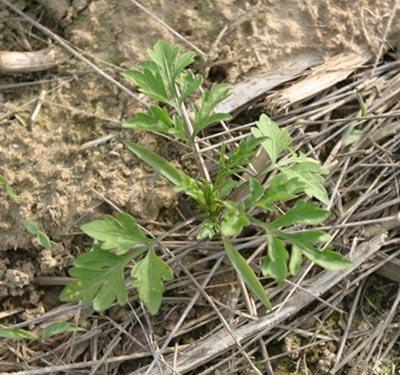 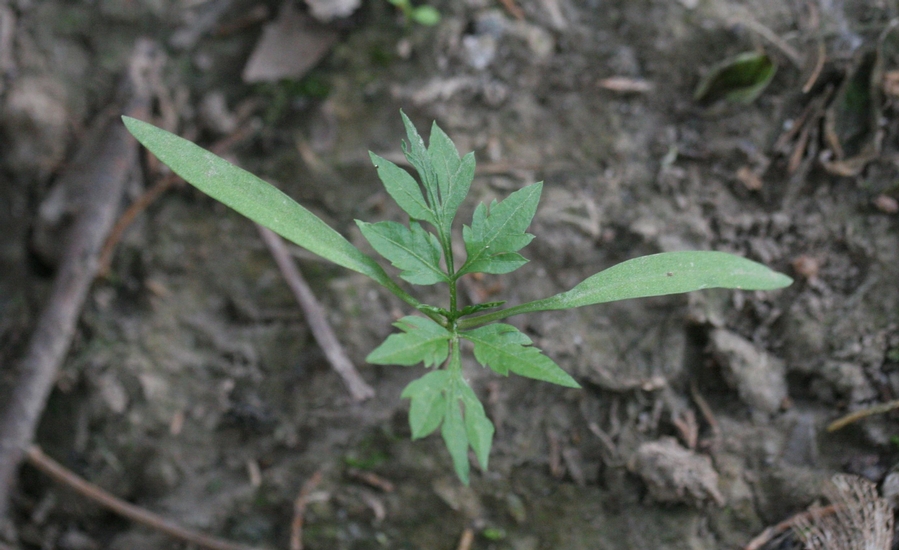 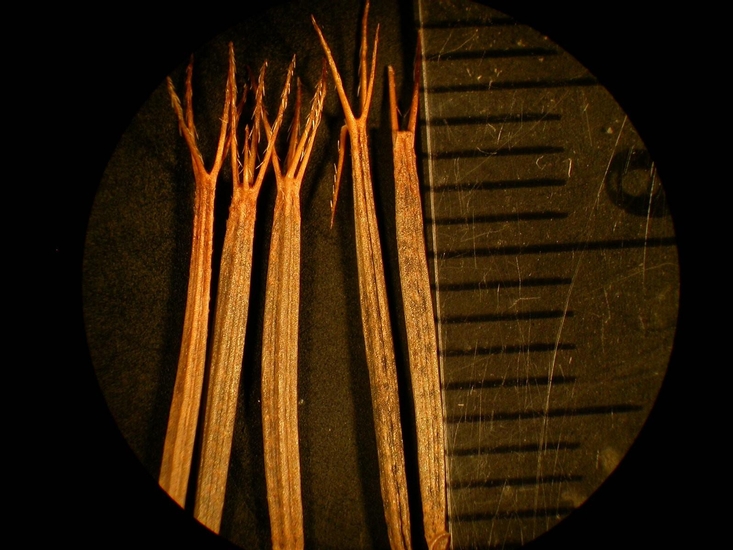 Leaves
Opposite, with short hairs along the margins and veins that are pressed closely against the leaves (appressed). Leaves are finely dissected and have 2 to 3 rows of lateral leaflets that are ovate to lanceolate in outline.

Stems
Erect, square in cross-section, branching in the upper section, and with small tufts of hairs at the nodes.

Fruit
An achene that is approximately 8 to 18 mm long, linear in outline, and dark brown in color. Achenes have 3 to 4 spines at the apex that are pointed downward.