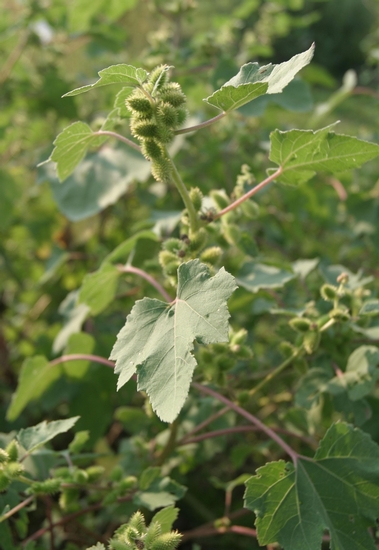 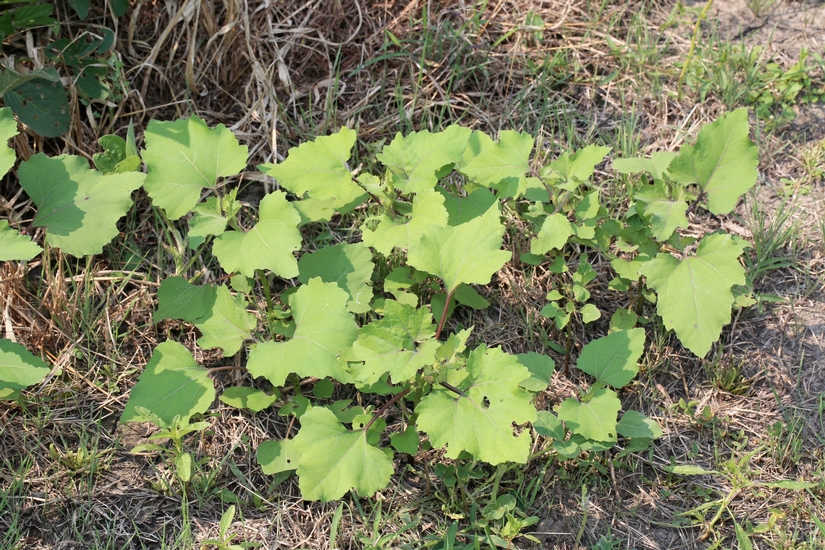 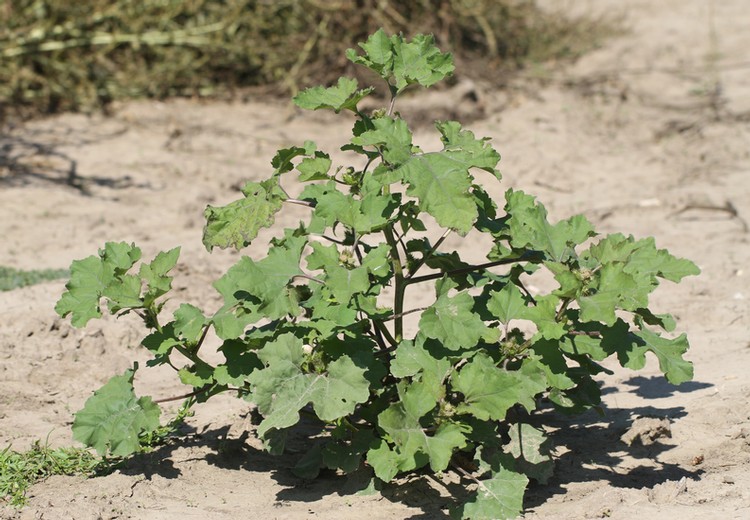 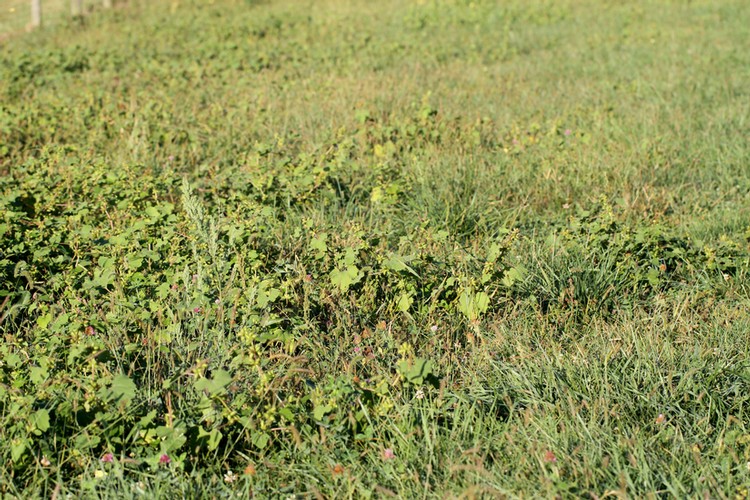 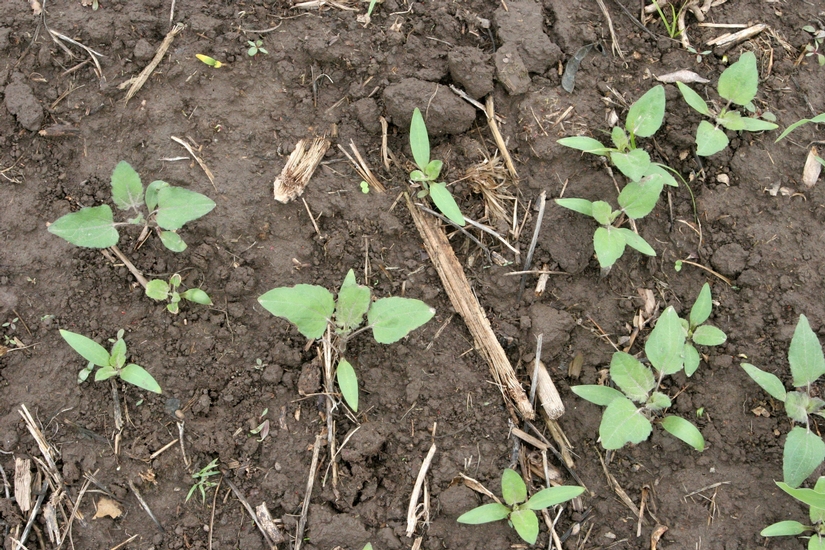 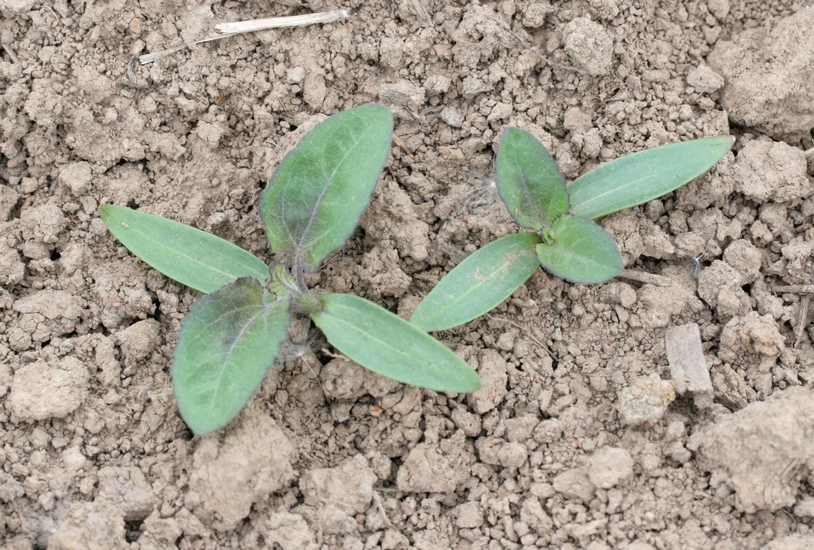 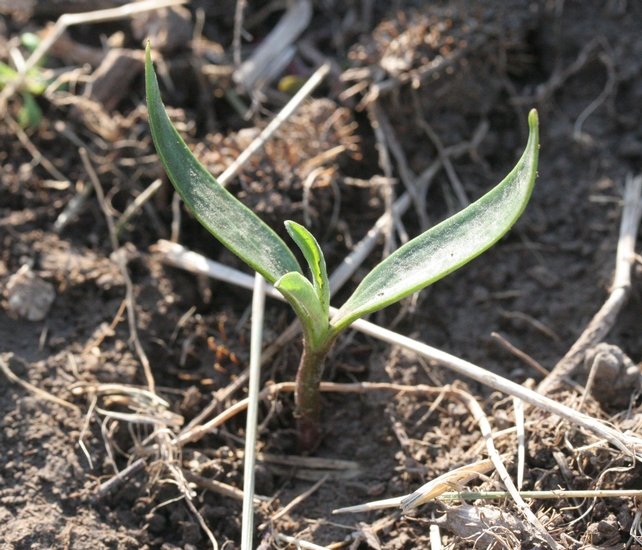 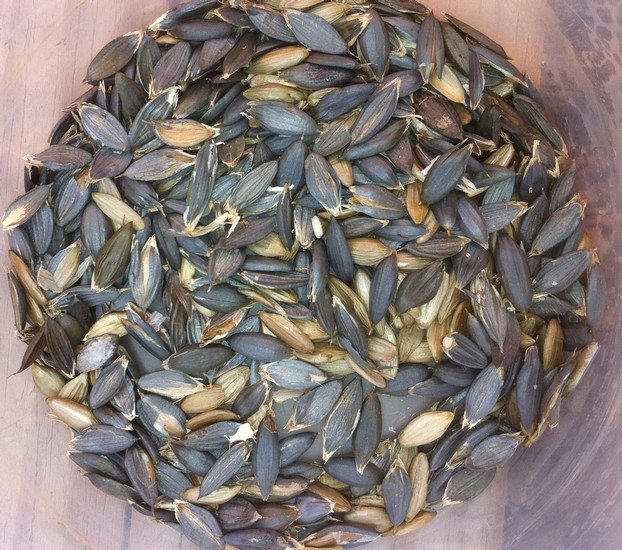 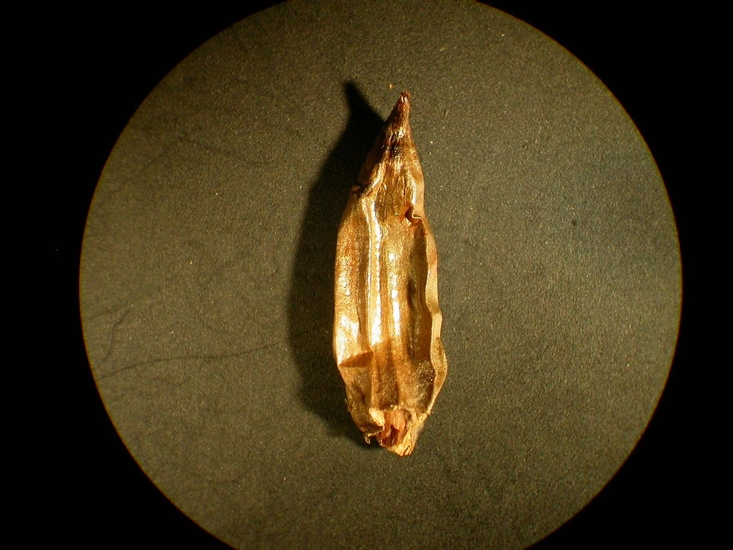 Seedlings
The stem below the cotyledons (hypocotyl) is purple at the base and often green in the upper portion. Cotyledons are linear to oblong in outline, waxy, smooth, fleshy, thick, approximately 3/4 to1 3/4 inches long and usually no more than 1/2 inch wide. The first true leaves are opposite, while all subsequent leaves are alternate.

Leaves
The first true leaves are opposite, all subsequent leaves are alternate. Leaves are triangular to ovate in outline, have stiff hairs, and are approximately 2 to 6 inches long. Leave are irregularly lobed with leaf margins that have relatively inconspicuous teeth. Leaves occur on long petioles and also have three prominent veins on the upper surface of the leaf that arise from the same point.

Flowers
Inconspicuous, greenish in color, arising from the area between the leaf petioles and the stems (axillary flowers) and at the ends of the erect stems (terminal flowers).

Fruit
An elliptic to egg-shaped two-chambered bur, 1/2 to 1 1/2 inches long and covered with hooked prickles. Each bur contains two seeds, one that grows during the first year and one that grows a year later.Two prickles that are longer and wider than the remaining prickles project from the tip of the bur.

Identifying Characteristics
The relatively large, linear to oblong waxy cotyledons helps to distinguish this weed in the early stages of development.Additionally, the long-petiolated triangular leaves, stems with maroon to black stem lesions, and the distinctive prickly cocklebur fruit are all features that help in the identification of this weed.In the early stages of development, this weed might be confused with Giant Ragweed (Ambrosia trifida), however the cotyledons of common cocklebur are much longer and more linear than those of giant ragweed. Spiny Cocklebur (Xanthium spinosum) is a closely related and similar species, however, unlike common cocklebur, this weed has very distinctive 3-parted spines that arise at the base of each leaf.