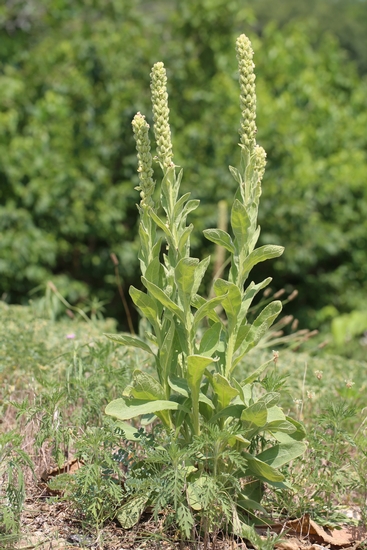 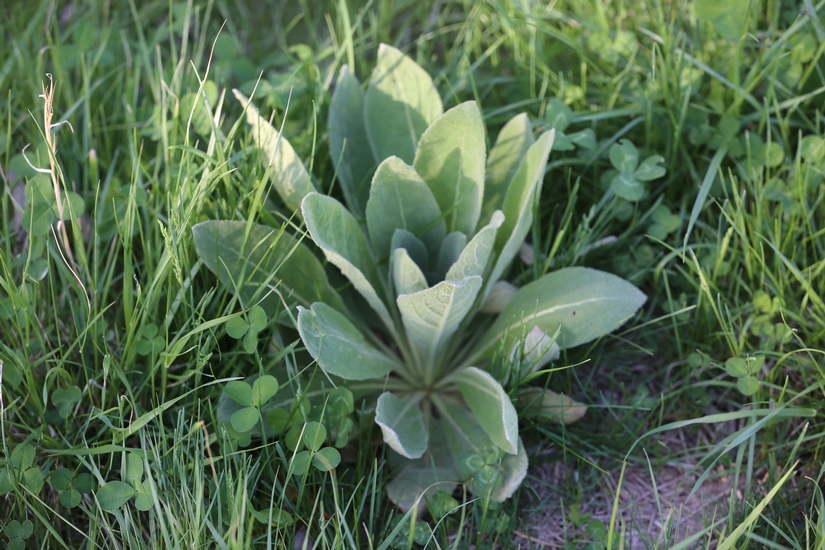 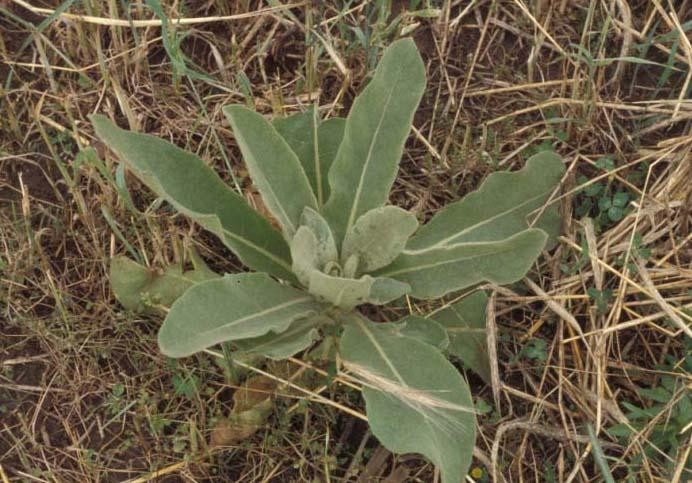 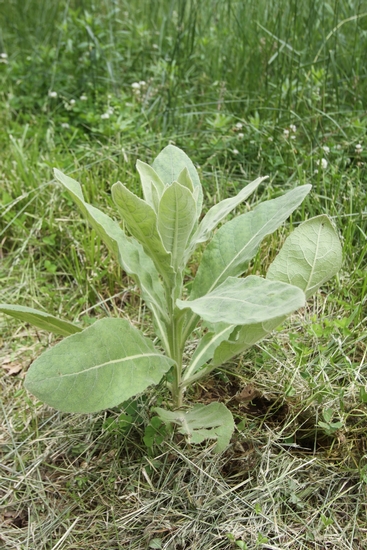 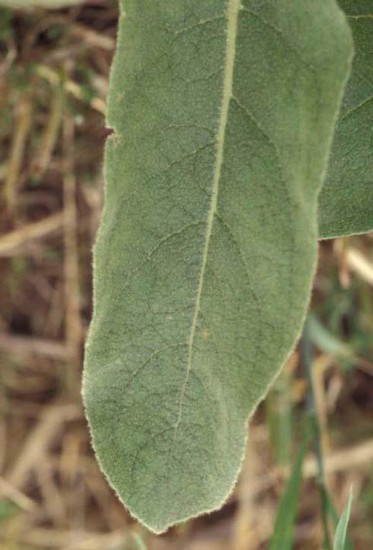 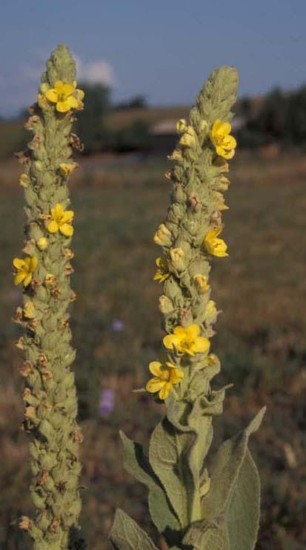 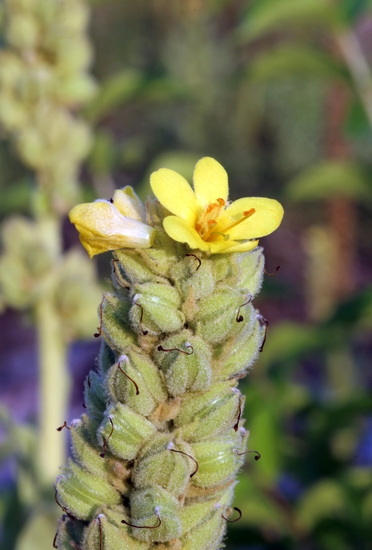 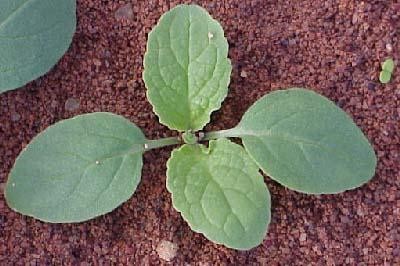 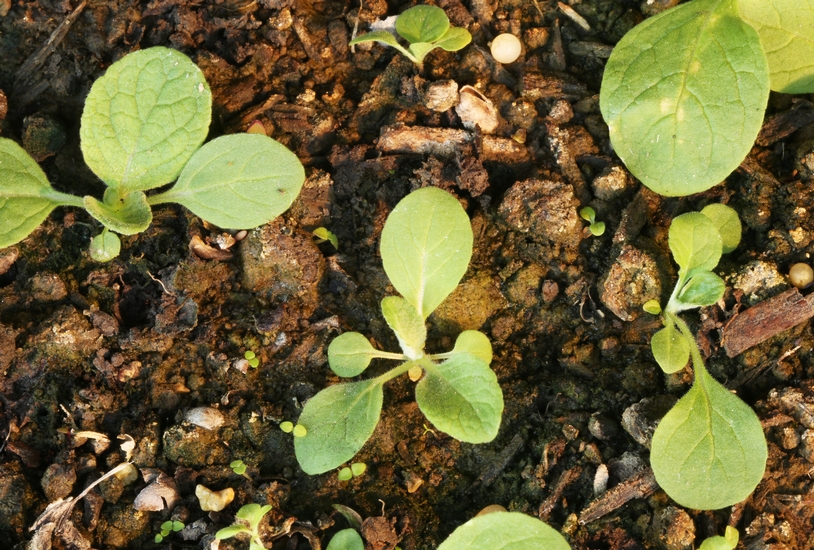 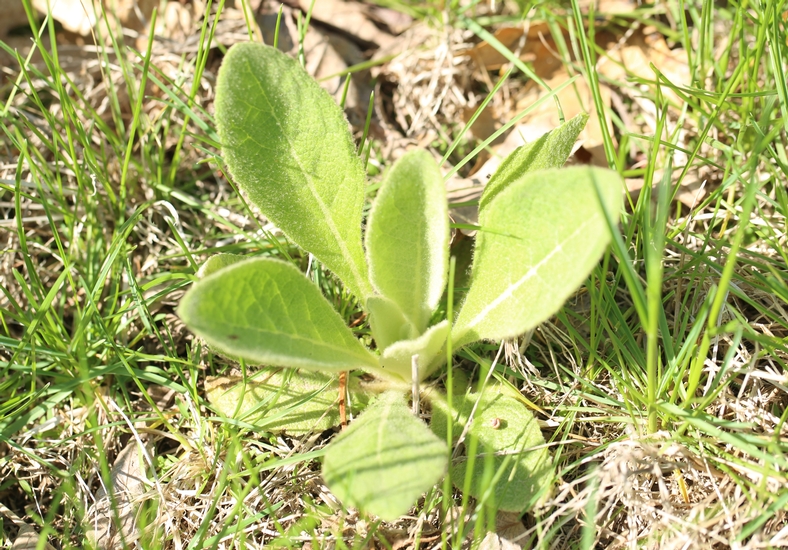 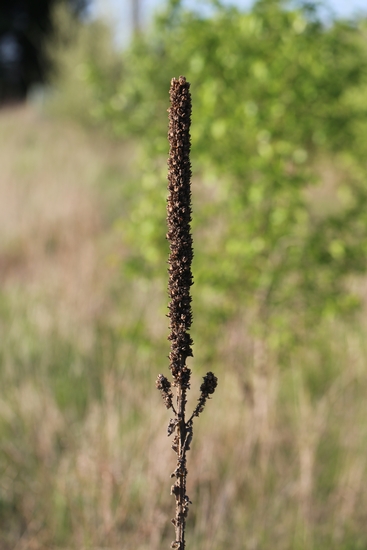 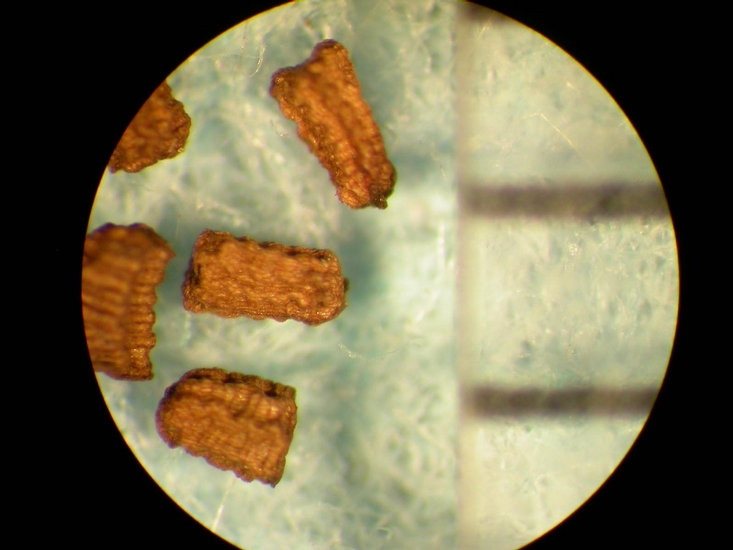 Weed Description
A biennial that may reach as much as 7 feet in height with large woolly leaves and a long spike with many showy yellow flowers. Common mullein was brought to America by the Puritans, who used the plant as a medicinal herb. Teas and ointments made from the

Seedlings
Cotyledons are spatula-shaped. First true leaves have many soft hairs and are oval in outline with only slightly wavy margins. Subsequent leaves are also densely hairy and have more wavy margins.

Stems
Erect, unbranched, occurring during the second year of growth. Stems may reach as much as 6 feet in height and are also densely hairy.

Flowers
Many flowers occur in a dense spike at the end of the flowering stem. These spikes may reach as much as 20 inches in length. Flowers are yellow in color, approximately 1 inch in diameter, and consist of five petals.

Roots
A taproot and a fibrous root system.