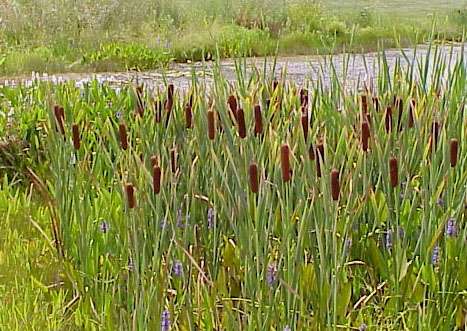 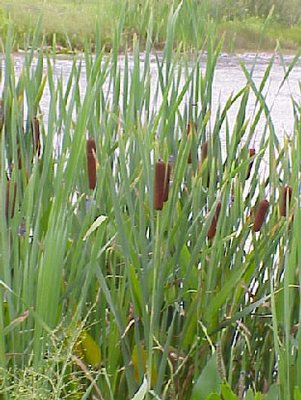 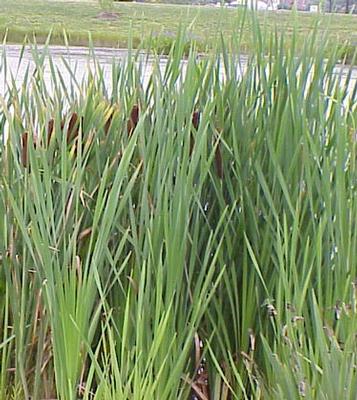 Weed Description
Erect perennials from rhizomes with distinctive cylindrical, brown spikes. The cattail species primarily grow in marshes, ditches, and shallow water of lakes, ponds, and rivers. There are four species of Nympha that are found throughout the United States.

Leaves
Leaves may reach as much as 10 feet in length but are more commonly about 5 feet long and 1 inch wide. Leaves are slightly twisted from the base to the tip.

Stems
Erect, jointless, reaching up to 7 feet in height.

Flowers
Cylindrical brown spikes that may reach as much as 6 inches in length and are typically 1 inch in diameter. The fruit are somewhat cigar-shaped and have an upper, much narrower pointed portion which is the staminated portion of the spike. It is this portion that helps to distinguish between the different cattail species.

Fruit
A cluster of nutlets that are collectively oblong in shape.

Roots
A fibrous root system and rhizomes, which often lead to the formation of dense cattail colonies.

Identifying Characteristics
The dense, cylindrical brown spikes, large leaves, and growth environment are all characteristics that help in the identification of the cattail species.