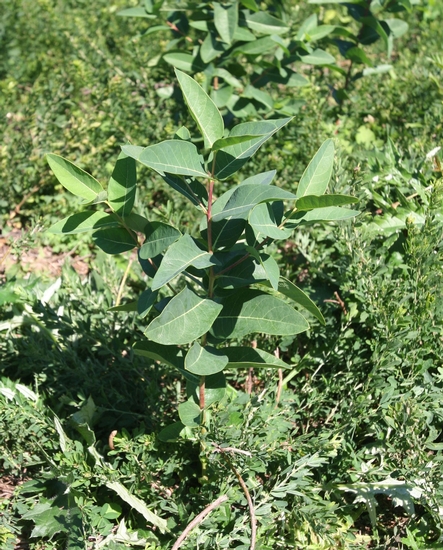 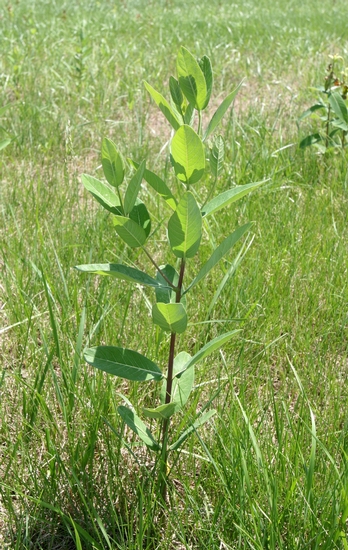 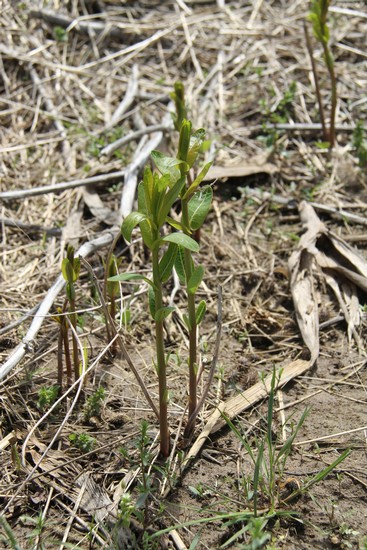 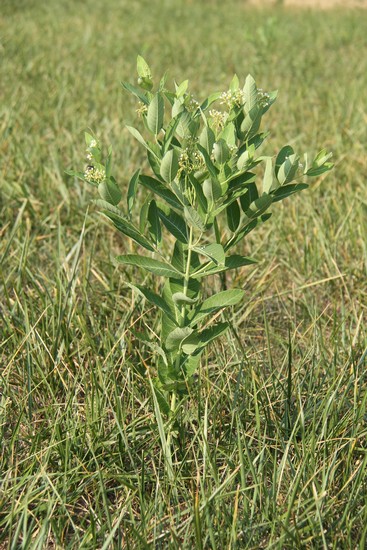 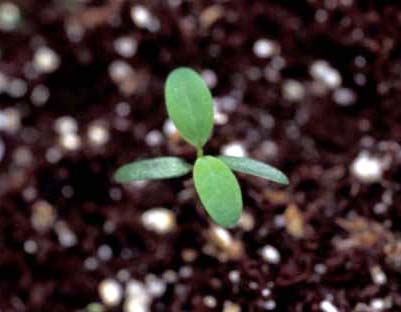 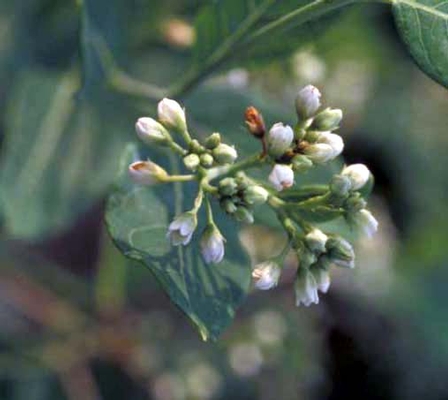 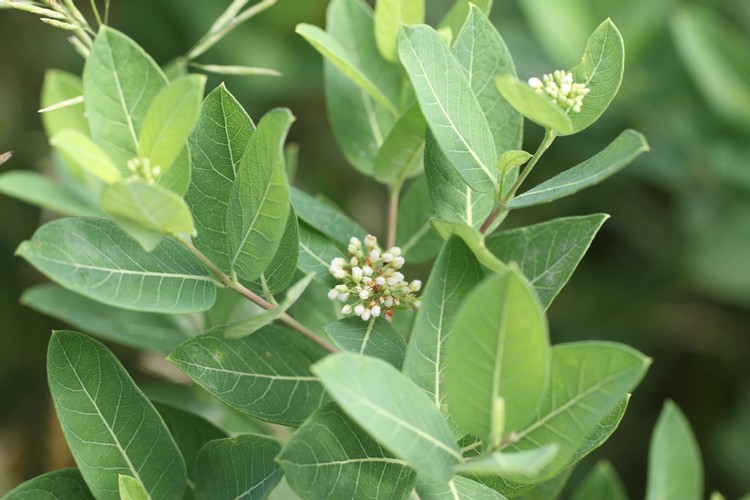 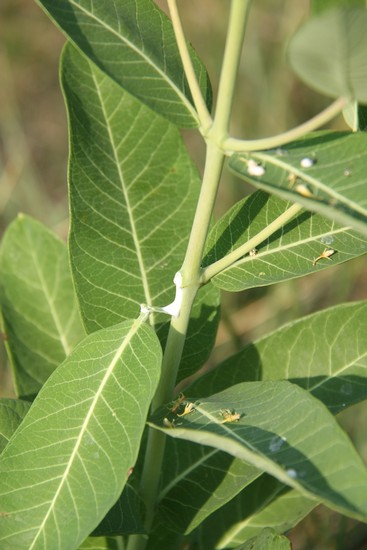 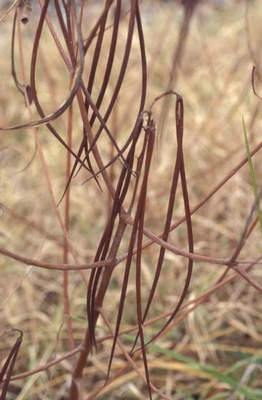 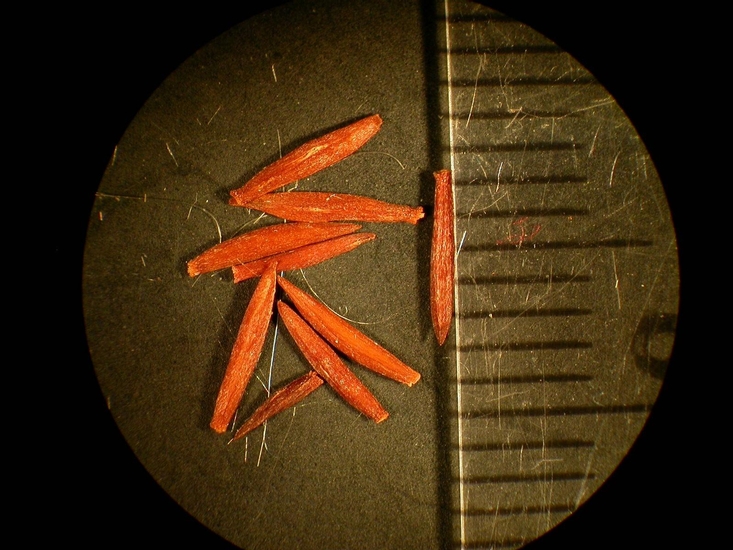 Weed Description
A perennial with opposite leaves that secretes a milky sap when broken, reaching 5-6 ft in height. Found throughout the United States.

Leaves
Entire, ovate or elliptic, 2-5 inches long, 0.5-1.5 inches wide, and arranged oppositely along the stem.  Leaves have short petioles and are sparingly pubescent or lacking hairs beneath.

Stems
Lack hairs, often have a reddish tint when mature, become woody at the base, and are much-branched in the upper portions of the plant.

Roots
These plants may be found growing as colonies due to a long horizontal rootstock that develops from an initial taproot.

Identifying Characteristics
Stems and leaves secrete a milky sap when broken. Sprouts emerging from the underground horizontal rootstock may be confused with Common Milkweed (Asclepias syriaca) emerging shoots. However, the leaves of hemp dogbane are much smaller than those of common milkweed. When mature, these weeds may be distinguished by the branching in the upper portions of the plant that occurs in hemp dogbane, and also the smaller size of this weed compared to common milkweed.