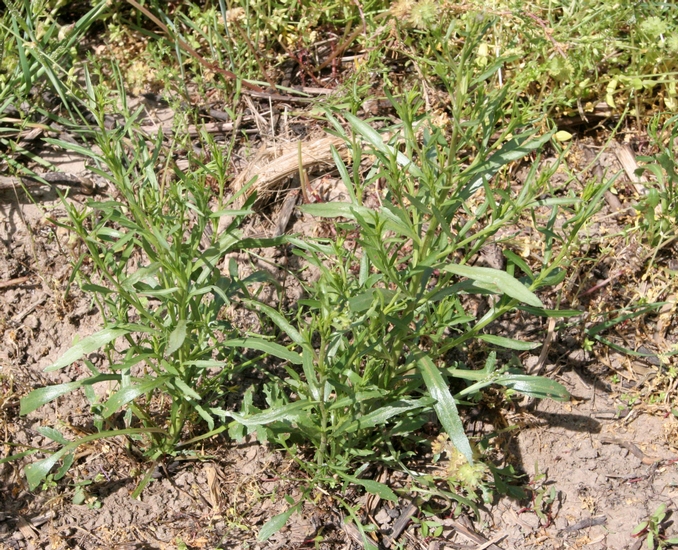 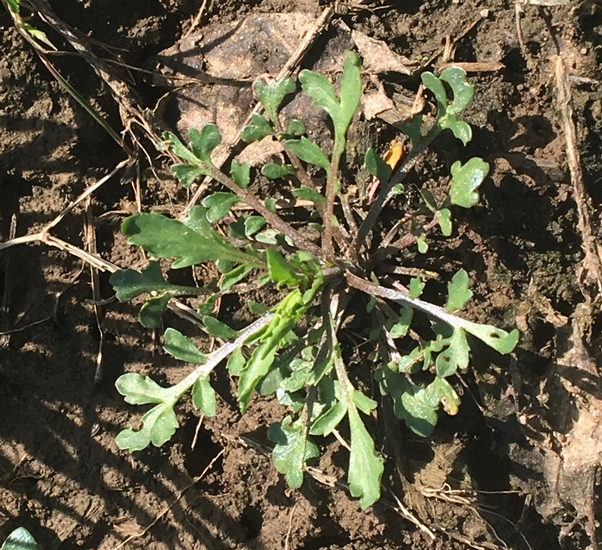 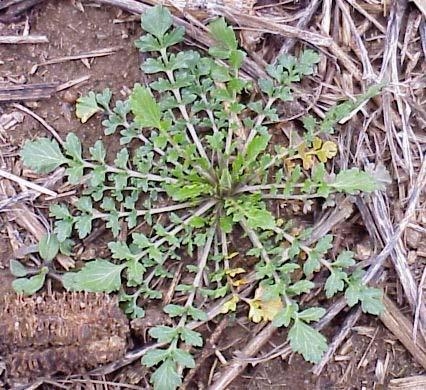 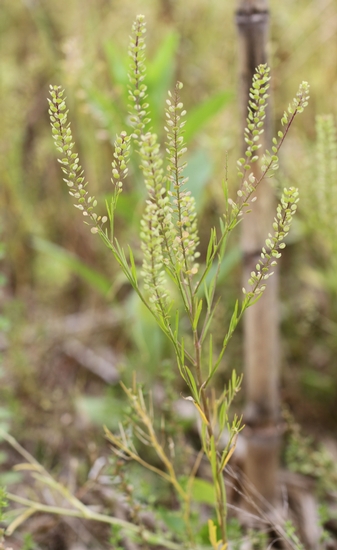 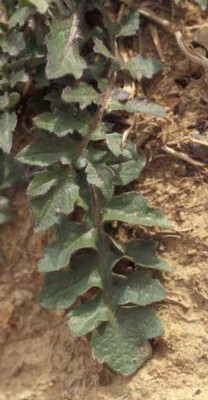 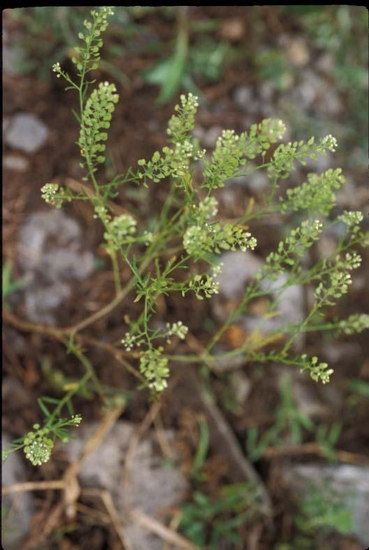 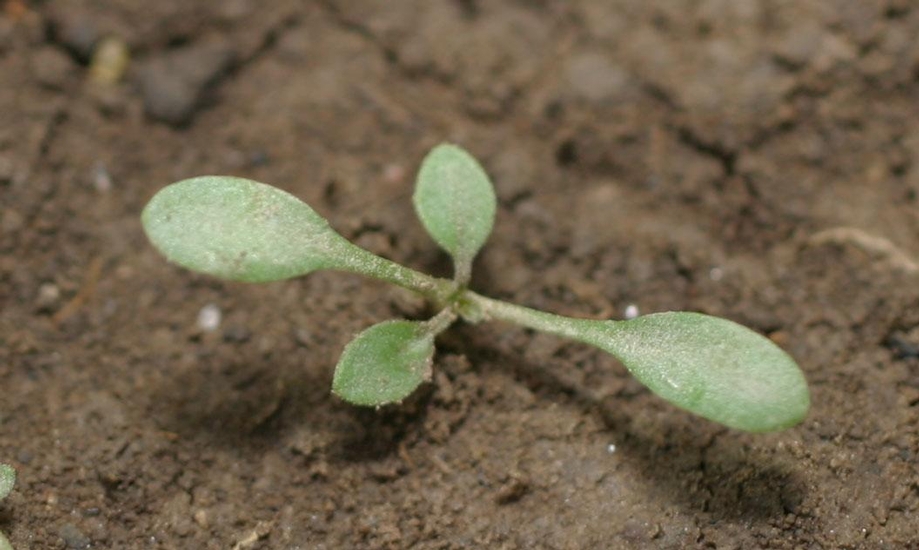 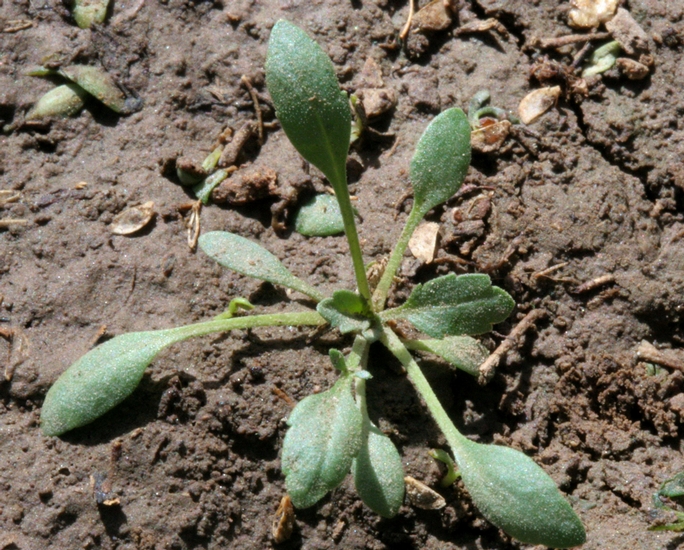 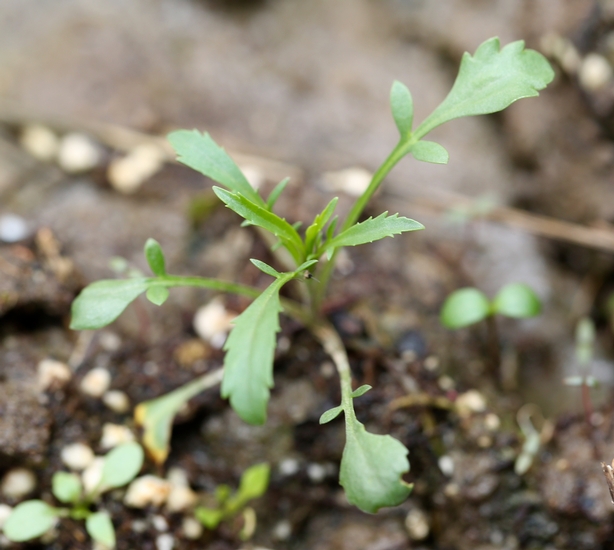 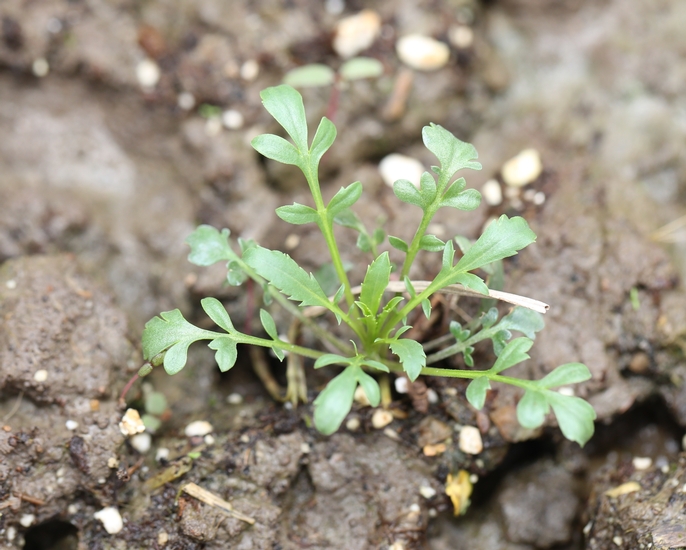 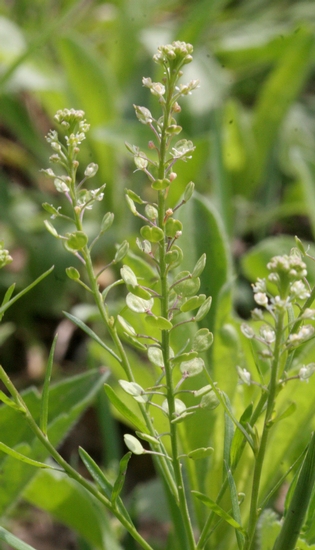 Weed Description
An annual weed that develops as a basal rosette initially, eventually producing flowering stems that have a bottle-brush appearance. Virginia pepperweed is a weed of agronomic, vegetable, orchard, and nursery crops, and is distributed throughout the United States.

Fruit
A rounded silicle that is approximately 4 mm wide and has a small notch at the apex. The fruit are flattened and also have a winged structure around the exterior.

Identifying Characteristics
The bottle-brush appearance of mature plants and rosette leaves that are lobed are both characteristics that help in the identification of Virginia pepperweed. Field Pepperweed (Lepidium campestre) is similar in appearance and growth habit, however this weed has leaves that clasp the flowering stem and has fruit that are generally larger and more robust than those of Virginia pepperweed.