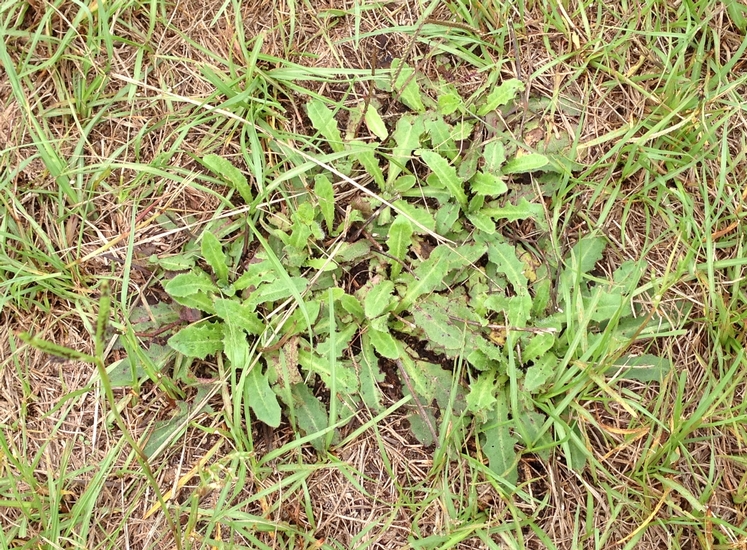 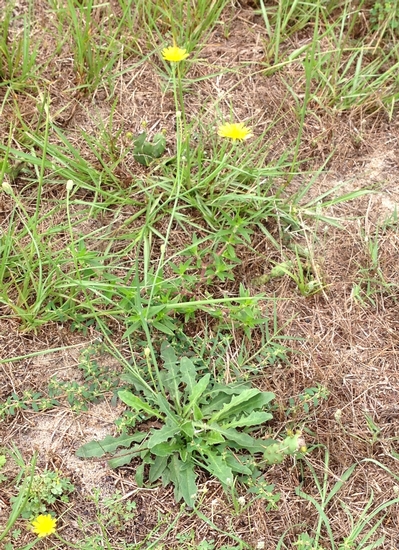 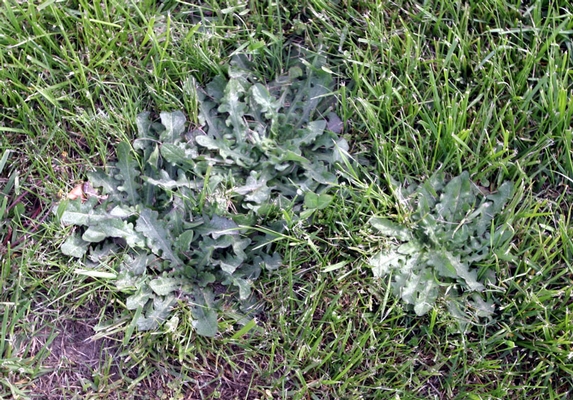 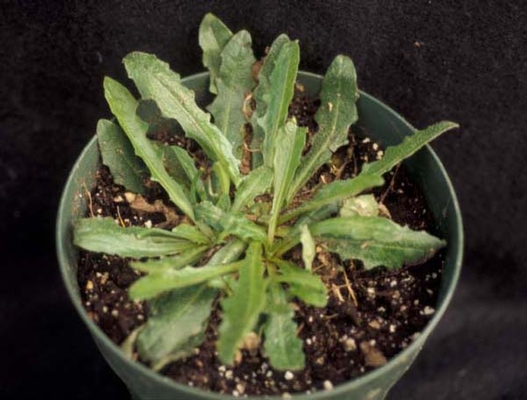 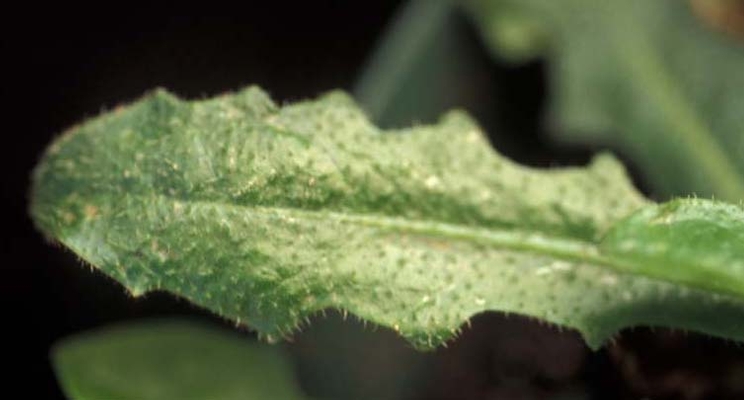 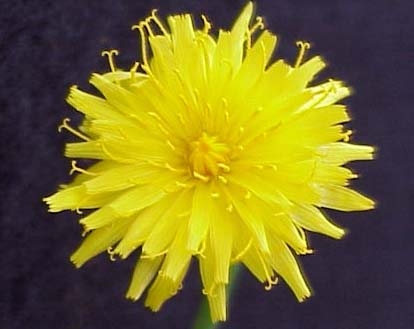 Weed Description
Perennial weed primarily of turfgrass and lawns that resembles dandelion. Found in the eastern United States as far north as New Jersey and as far west as Mississippi.

Leaves
Leaves are arranged in a basal rosette and are densely hairy with toothed or irregularly lobed margins. Leaves emit a milky sap when broken.

Stems
Typical stems do not occur, however leafless flower stalks (scapes) are present with 2 to 7 flowers on each stalk. Flower stalks also emit a milky sap when broken.

Flowers
Consist of bright yellow ray flowers that have teeth at the tip. From 2 to 7 flowers are produced on each flower stalk.

Identifying Characteristics
The rosette growth habit, irregularly lobed leaves, and bright yellow flowers are all characteristics that help with the identification of common catsear. However, Mouseear Hawkweed (Hieracium pilosella) is similar in appearance and growth habit, but does not have irregularly lobed or toothed margins and has flower stalks that are covered with stiff dark hairs. Dandelion (Taraxacum officinale) also resembles common catsear but has much more divided leaves and does not have hairs like either common catsear or mouseear hawkweed.