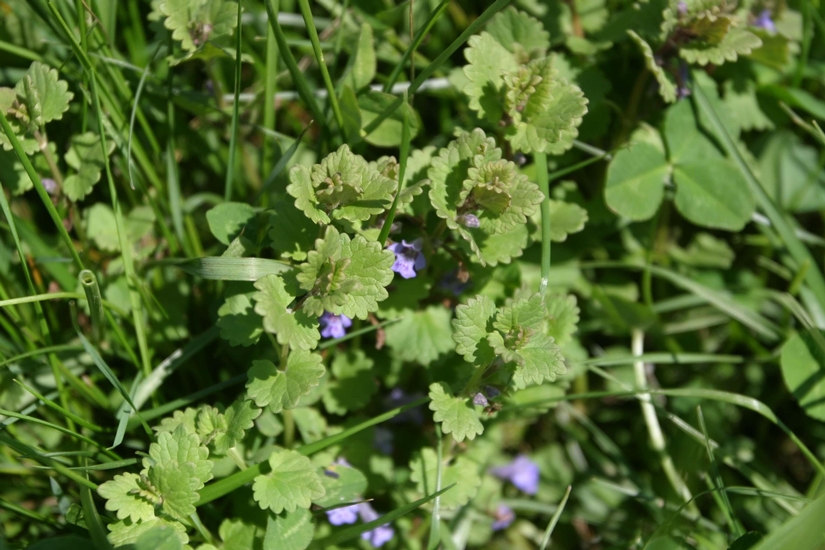 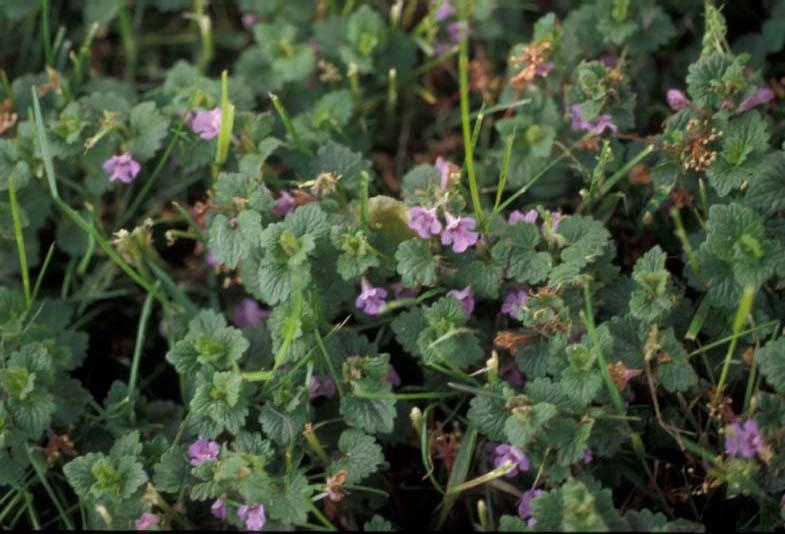 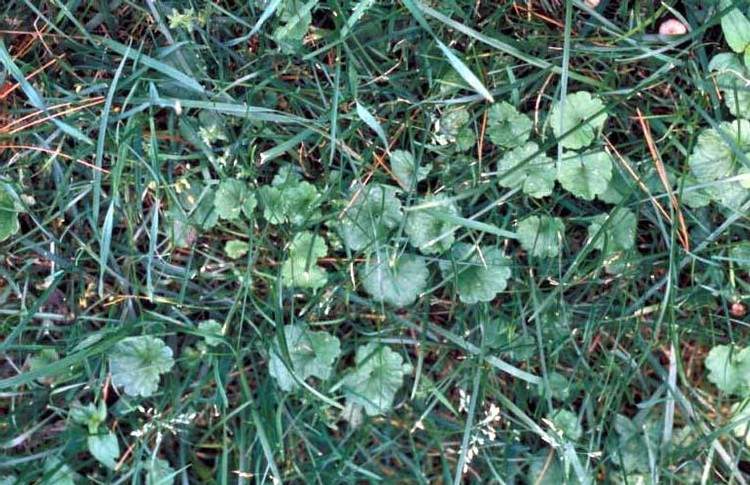 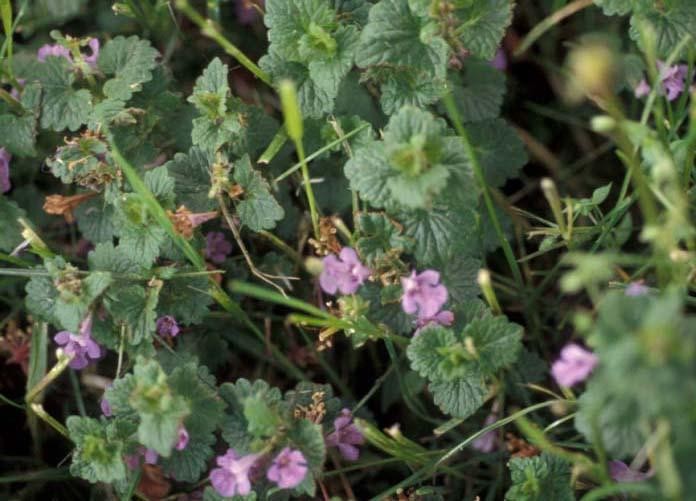 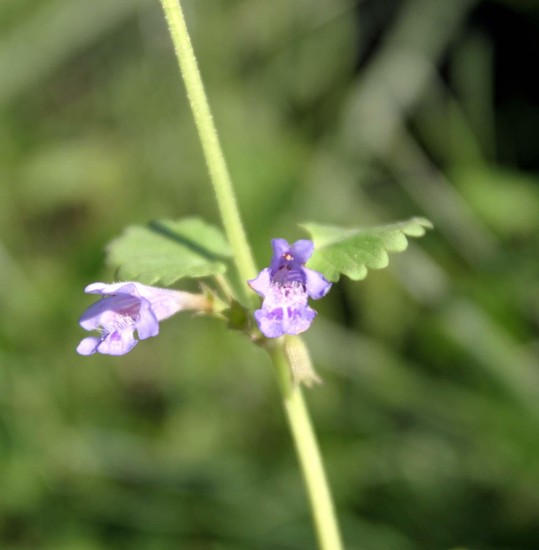 Weed Description
Perennial with creeping stems that root at the nodes and foliage that emits a mint-like odor when mowed. Primarily a weed of turfgrass and landscapes that is found in the northeastern, north-central and southern United States.

Seedlings
Although seedlings rarely occur due to the creeping stems and rhizomes, cotyledons are oblong to spatula-shaped.

Leaves
Opposite, nearly round in outline or sometimes kidney-shaped, on long petioles. Margins have large rounded teeth and leaf veins arise from the same point.

Flowers
Typically occur in clusters of 3 in the area between the stem and petiole (leaf axils). Flowers are blue-violet, 3/8 to 5/16 inch long.

Fruit
Small nutlets (1 mm long) that are egg-shaped and brown in color.

Roots
Rhizomes occur and fibrous roots are also produced at the base at each node of the trailing stem.

Identifying Characteristics
This weed is often misidentified as one of the speedwells or sometimes as Common Mallow (Malva neglecta), but the square stems of ground ivy help to distinguish it from either of these weed species. Additionally, Henbit (Lamium amplexicaule), Purple Deadnettle (Lamium purpureum) and Persian Speedwell (Veronica persica) are somewhat similar in appearance to ground ivy, but neither of these species have creeping stems that root at the nodes.